Some Information About The Wraith 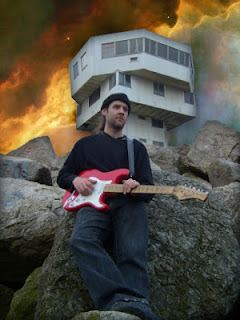 
Originally known for his Parody Work, he caused murder with a number of comedy songs which went viral before youtube was even thought about. Which later came back to haunt him when thousands of Liverpool fans sang one to Everton fans while bombarding the football pitch with socks.


Liverpool fans Taunting the Everton fans about moving to kirkby.


Wraith had nothing to do with that matter and doesn't actually like football, but he found the news broadcasts on Tv & the Photos in all the news papers pretty amusing. 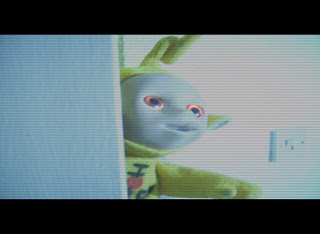 After his keyboard was stolen when he was only 15, he never got back into music until he was about 19/20. It began singing fast paced funny lyrics to karaoke backings, a few weeks after that he decided to get a keyboard. Musics always bugged him and always given his ears something more unusual than a lot of other people. 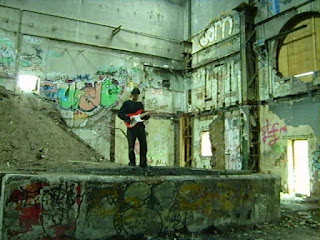 Wraith was born with what's known as "Natural Music Theory"   which although it's a gift, It's also a bit of a curse.....  It allows him to predict where a piece of music is going to go even if he's not heard it before, which means he can essentially jam with anyone in any music style & also create a piece of music for any genre right off the top of his head.

He is also just as fast with lyrics & is a really competent script re-writer with the ability to go out with a team & just create a movie from no where even with no script.....

On Set with wraith... Bobs not very comfortable with acting, but has starred in a number of movies, from the Highlander Rogue Warrior Trilogy,   SG-UK  and Target Assassin.

which also has its own Internet Movie Database Page.

Along with an Actors Bio and a Directors Bio.

Although wraith is probably most known for his Airwolf video edits which had fans enthralled for a number of years before NBC Universal had YouTube remove them.

Some of the classics were Airwolf vs KnightRider, Airwolf Vs FireFox & the legendary Airwolf Pilots Dogs of War. 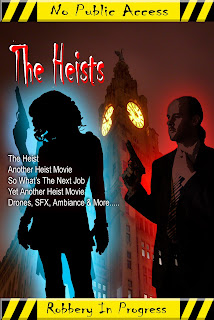 Today wraith works on Movie Sound Track based music for video editors to use, this helps them avoid industry (c) claims and their videos getting banned. He's also released a number of Computer Game Mods/Addons From Airwolf and Stargate to Music Addons & Mods.

His last game release placed 61 pieces of movie and trailer music into a range of PC games by using ONE addon that works in all the OFP/ARMA games. Giving the gamers some epic music they can use not only in-game, but it also avoids any complications when uploading game footage because the music playing is legal to use. 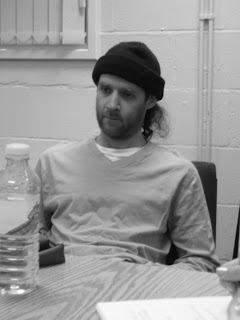 Wraith stares ironically at a bottle of Highland Spring Water..


With 26 Albums out their & roughly 1000 Pieces of music, wraith has begun work on a "Sound Effects Library" and an "Ambient Drones Library" both of which will also help armature move makers set the tone, pace & mood of a scene with a light ambiance behind the dialogue.   As he says... their are many moments where music is needed, but it cant be actual music you can follow, its about tension, sometimes you just need noise & drones are as important as music, especially when used together. 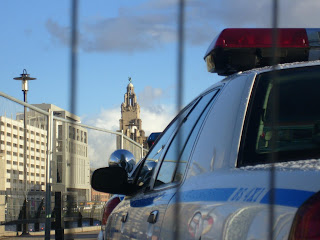 As an unemployed Musician and Writer & Photographer he pushes on building these library's of Music, SFX, Drones & Photos while still looking for work and also collaborating with others via skill pages.

If you ever needed anyone to finish the lyrics of a song, he's your writer....  And if you ever wanted a casting Director to audition a cast, he can hear someone & then tell them to read a specific scene, this for you could either be a good thing, or a bad thing, he maybe showing how well that moment makes the film, or how totally wrong  they really are for that part..


If you know wraith personally, you'll know he's also started producing his own disks which means its much cheaper to get a copy from him face to face than it is to buy online.

Another YouTube channel has been opened where it houses almost every track released so far.. BUT the great thing about this channel is it's the only place you can hear the unreleased material, such as albums that are unfinished, projects that are unfinished, essentially stuff that can't be bought or downloaded anywhere. That Music For Your Movies channel is Here and is almost a Complete Archive of everything.

And his YouTube Production Channel is Here, also a new channel has been created just to host "Cover Versions" and that can be located Here.


TheWraith517 is currently working on a way to provide his music for free, while still being able to earn money from it when used on youtube... And is also working on a way so that the video uploader's can also earn a share of that money from the uploads (even if the uploader has no adsense account)

Wraith now offers graphic design services for album art, posters, autoPlay discs, custom installers  along with advise on social media, marketing and how to earn from your Talent on line...

So.. that all important question people want to know The Gear?,
Just What does he use...?