Back in 2007 they made a Stargate Movie (short)
Sadly MGM swiftly banned the movie from youtube, then oddly announced 2 days later that fans should make a movie. We didn't bother re-editing it to re-upload to YT.

Bob just stuck the movie on Megavideo (which is sadly now closed down) So there is no way to watch this movie OR its Sequel that they made.

This blog post in essence is just a footnote in history about the 2 episodes they made (Inspired by Super Team Productions in london) who had a fan made 6 part series called "Call It A Stargate"   which also sadly fell foul to MGM Legal.


On the opening credits cut out a jaffa and made for individual PSD files each with an extra layer of "glow" and they were used like a training simulation where they appear with a yellow gown (sort of beam into the scenario) and when you shot them they would glow red and essentially beam away. Used particle illusion to give their Airsoft toys an Entar effect when fired. 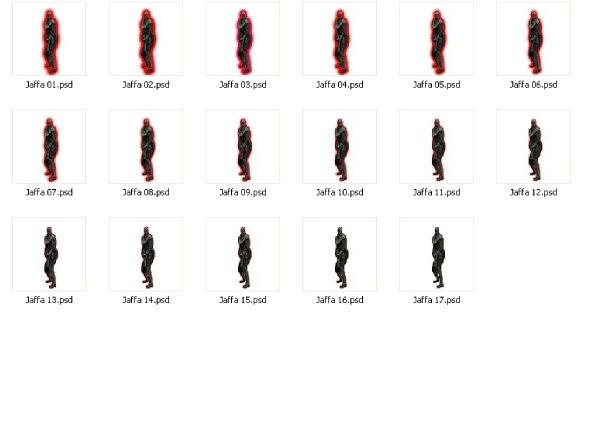 This gave that kinda (oo i wonder what episode that scene is from) during the credits. They shot it like a training simulation and used the footage of hammond and jack running scenarios at the S.G.C,   While then cutting back to them in an old warehouse in Magul by the river Alt.    (Images of that location here).


The first episode its self was based on them being dropped off (by a puddle jumper) at a stargate on the edge of the milkyway, the plan.. to come back into the milkyway from the outer edge, taking out the goa'uld as they make their way back in to our galaxy. Only to be confronted by a kull and a load of jaffa. This thing was essentially just 1 afternoon in the woods with 2 fake hand guns and 2 fake machine guns. Funny day because mark had no idea wtf they were going to film, bob just pulled out to Atlantis stickers and mark says.. NO WAY!!.. and bob pulls out the guns and says.. yes way.. then then just shot stuff of kickin ass. Then edited it together with original SG  footage, though they did add a load more effects when the jaffa where being wasted lol.


The first SG-UK had a pretty amazing opening theme tune mixed from a number of movies and a ps2 game, all arranged into an intro theme tune. The full specs where listed on the unreleased Soundtrack Box Art (that was made just for them) and not released to the public. (nor will it be)


The DVD Box was based on the template of the Die Hard 1 dvd, and was chopped around in photoshop till the back of the box suited the needs. Again this was just fan made and is not for retail or use besides educational usage, as bob tried to complete all aspects (write, film, edit, arrange and design) only stage not completed was licensing and marketing.


Bob created a PDF book for SG-UK 1 featuring screen shots, behind the scenes shots and images of it in the editor, it was around 18mb (download SG-UK 1 PDF here)  Mark created a PDF for SG-UK 2 i (you can get that here). 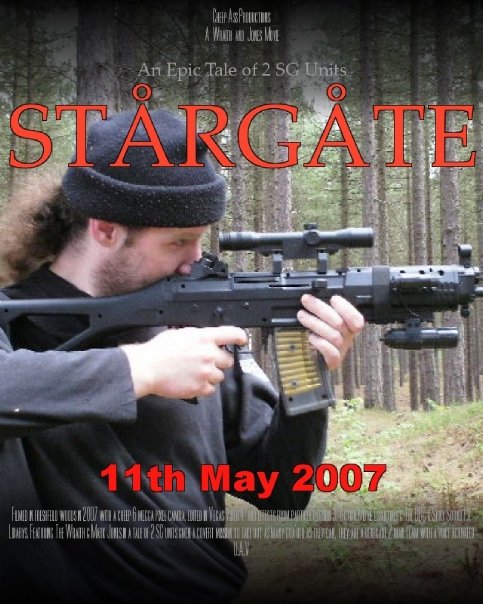 Sadly i can't upload any of the actual footage/music due to copyright reasons.

They also made 3 Highlander fan movies.

Please note to MGM Legal, we are not offering the movie, episodes OR music here and this page is merely for documentation of an educational project we worked on using stargate as its basis.
No copyright infringement is intended.
at 09:20 No comments: