Airwolf Vs KnightRider Banned By Universal Studios (May 2012)
Just what happened to ALL These long lost classic(s)??

So i bid farewell to a project that cost me money due to hardware dammage the editing caused, yet a video i was proud of & a video that changed ideas & concepts and Inspired many airwolf fans
The Video takes a bow out over a million views (and that was before google f*cked up the stats)
so more close to 1.6 mill.... 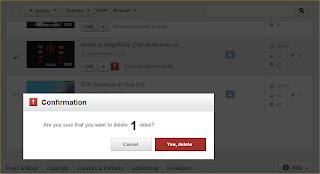 Maybe they wanted it gone because i uploaded it in October 2005, yet clearly google have that oct 2005, yet they then say its 2006 and 2007...  they seriously damaged YouTube when they took over.

Today.. in 2015, sometimes i get a comment on a video, when i go to view that comment (its a new comment)  but above that it says "Some Comments Marked As Spam, Click Here To Review Them"
The notification is a comment from TODAY,  the one marked as Spam (is often not spam and was marked as spam by a troll many years ago)  So i have missed many comments off people.. some of which date back to 2005 and 2006, so if i never replied to you.. i never got your comment.. I answered all who commented and didn't get flagged. Note ive been into the Youtube spam filter and Nothing is their.. It seams the Comments marked as Spam (years ago)  .. Only show up when someone comments on that video Today...

So im still often only just getting comments today from years ago & now i can't comment on them due to G+ and youtubes privacy settings, i can no longer comment upon old comments that come forward...  That's really sad what happened to youtube between 2005 and 2007  :(
Sorry if i never got back to you.. google certainly never apologised to me and im still getting comments from the past on 100's of videos duno when that'll end.. tbh it may never..

Sad to think the odd couple of trolls back on the org still inadvertently hampering things in 2015 by actions they did in 2005 i hope google fix that issue  : /

SO... what about the mystery behind Airwolf Versus KnightRider part 3?
well, that was going to be pretty complex & built from a lot of material. The idea would have been to start gathering all the "boy meets world clips" off youtube as MP3, this would have given me a mountain of Dialogue to edit for kitts talking. I already have a stack of JMV and Ernest borgnine movies and alex cord clips, so that would have left baywatch clips for more hoff dialogue. But Airwolf vs KnightRider part 3 would have kicked serious a**. For extra visuals and camera perspectives i was also looking into youtube videos of peoples own custom kitt cars and airwolf RC footage to bring some truly stunning & unseen clips from all sides blended to match, such a shame this project got binned by the studio because it had so much potential.

A Packaged retail sample of my album arrived today via ups, and i haven't had the guts to unrap it yet and take a look pmsl, on a serios note though, i never thought ide see the day, and now im unsure if i want to see it as a final product, Im not in it to sell cd's (clearly as you can download it for free) Its just disk optional for those who arn't pc savi enough to get one burnt (or one burnt that'll work in their player) wich many copies dont in some hi-fi's. I might unwrap it later and take a look : /
(and for the airwolf fans a little trivia) the disks made & sent from Haskel Ave Van Nuys CA lol 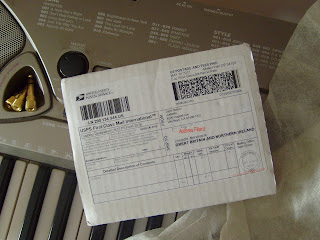 I orderd VOL 002 as my first sample because i prefer it to vol 1, although i love them both, i personaly felt theirs less track skippers on vol 2, everyones taste is different though & vol 1 is a lot more varied style wise & composition wise... Both worth a look, Vol 3 is still in production