Korg M1 and T1 for iPad Is Finally Here iM1 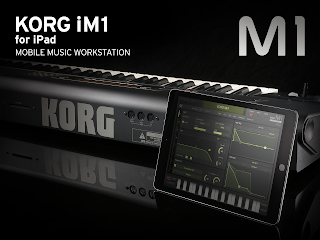 Besides the Yamaha DX7 and the odd Hint of a Jupiter 8.. this is it.. This is the synth.. Speed.. Days of Thunder.. countless others.. this is the 1988 classic Evolution of sound.

Notes:
Well i was genuinely reluctant to update to iOS 8 and its no strange reason as to why is it lol,  but to be honest ive yet to find an app that wont work (that i thought would honestly have problems) like i figured alchemy would be dead, hell i really thought appGratis would be dead to, but they both open, CMP Grand, SampleTank, even iArmonica still works.

I can also conform that the IO Dock Pro II is working with an iPad 4th Generation running iOS 8.3 (12F69)  I bet that just helped a stack of people lol

Ive seen a stack of people saying its nothing new and it sounds dated...
To begin with it has 2 kaos pads (thats new, its got other new features too)
and to say it sounds dated?   Hang Your Stupid Heads In Shame!!!
Its a re-creation of a synth from 1988, of course the instruments sound dated, their supposed to..

Could one of the most classic Korg synths finally be coming to the iPad?
I have seen the rumours and the odd photos but i have yet to seen nothing official. But the other question I have is will it include the kind of stuff the VST pack provides for PC & MAC users, will it contain the M1 cards or will they be In-App Purchases.

Because as a VST user i often found it was fun to start with the cards and then modify the card pre-sets than faf with it from scratch, though it depended on if i was after a specific sound with a twist or something brand new. 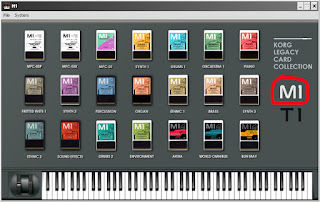 Remember the VST brought us a stack of expansion cards while the DLL its self also allowed the use of SYX files and a lot of tweaking was possible.

Will any of our pre-sets be viable, has this whole project been thought through. 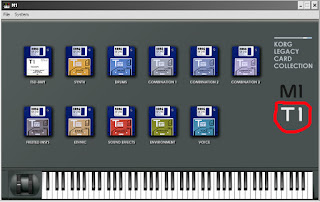 Remember you also got the T1 range of cards in the VST package, which was another stack of classic pre-sets.
Some of the M1 and T1 sounds have been used on varied movie scores, pop songs and been battered across live performances since they came out, Speed, Days of Thunder.
and many more...

I would assume (with such a dependability on the cards to make the hardware worth while)   That at some stage recently maybe the copy-write or the license has expired and now Korg officially own the rights to all the goodies?
to me this would make sense to why its taken so long. 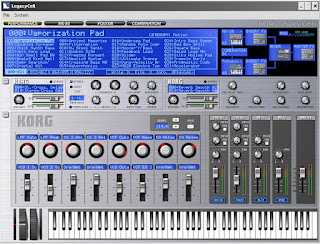 The same could be said for the Korg LegacyCell, i have no idea just how many external companies where involved within that VST, but again their maybe copy-write problem regarding using certain source code, but i have hopes the M1 is real & that it comes with the T1 expansions along with the swift arrival of the legacy at some stage to.

I am not impressed with the current Korg iPad stand alone synths, because frankly i was never into them actual synths.

I shall leave you with some screen shots of the M1 vst so that IF an iPad version is released, then people can look at the videos on youtube between iPad & VST, check out the screen shots, compare features and see if anything missing (before buying anything)


If i get any more news or the opportunity to beta test it i will keep you updated...
check the App store on the 25th of May  (using your iPad of course)
I PRAY ITS COMPATIBLE WITH iOS 7 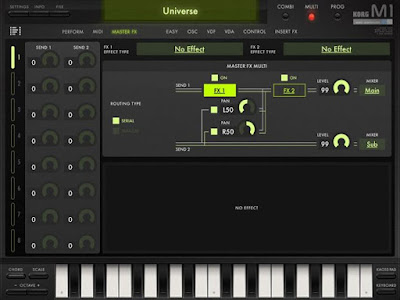 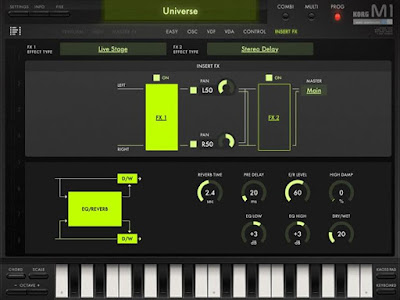 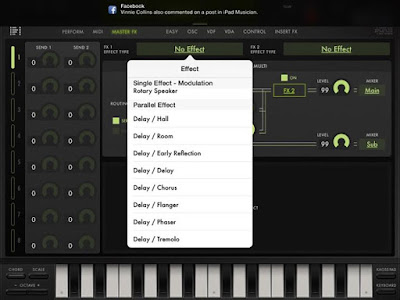 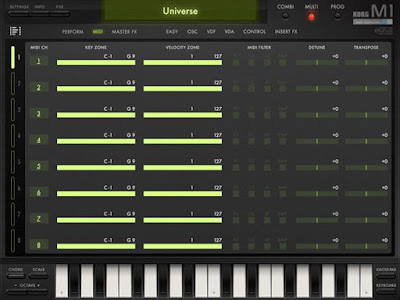 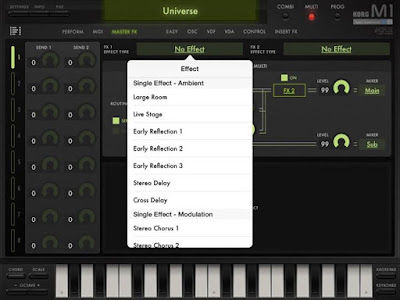 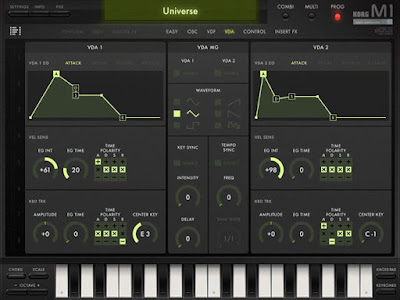 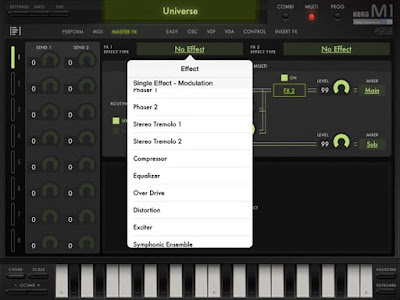 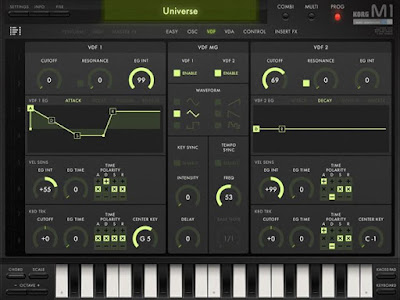